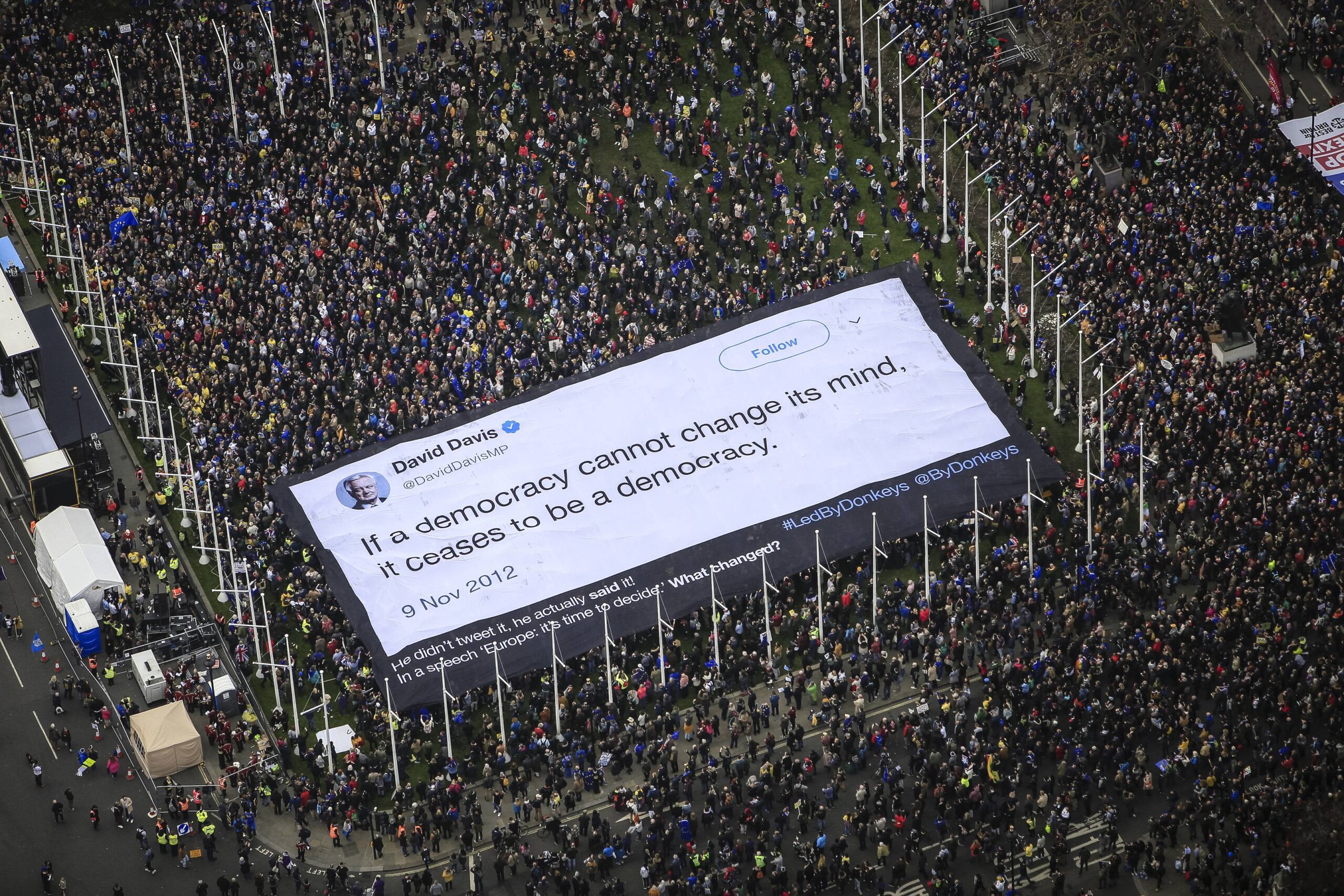 Last year one of our projects, Led By Donkeys, took us to the Cannes Lions, the International Festival of Creativity.

It was an important moment for us. Like Trump Baby they made their mark through crowdfunding, using it as a very modern marketing tool to reach billions around the world.

That’s the big opportunity now for brands and how they speak to their customers through collective experiences. The persuasive power of the masses. It’s the crowd’s media.

The crowd is now the client now and they’re single handedly disrupting traditional media. Here are some great examples.

The UK is facing a growing health crisis. Veg Power was a collaborative campaign group that has been created to improve the eating habits of a generation. The problem is serious. Around four in five kids and 95% of teenagers are not eating enough veg so an innovative campaign was created to counter the constant stream of junk food advertising.

The team behind it brought together the best minds in children’s health as well as TV campaigners such as Hugh Fearnley-Whittingstall, Jamie Oliver, Dr Rangan Chatterjee and advertising legend Sir John Hegarty. Crowdfunding formed a significant chunk of the funding mix, raising a staggering £102,215 ($174,314) from their supporters to compliment significant funding by the biggest ever coalition of supermarkets.

It resulted in a 60-second film that was aired during one the country’s biggest shows, Coronation Street on ITV, who contributed £2 million of air time to the cause to ensure millions of people got the perception changing message.

A guerrilla billboard campaign by a campaign group calling themselves Led by Donkeys hit the sweet spot last year. The idea was simple enough: to remind voters of spurious statements made by the leading protagonists of the Brexit referendum by plastering them on gigantic billboards across Britain. It caught the eye of an increasingly divided nation and took off, first in the national press and then on Crowdfunder as thousands of supporters – 30,000 in the end – rushed to back the group with their idea.

There’s something compelling about taking to huge billboards to grab attention in a world dominated by digital platforms.

Combining a razor creative with a perfectly timed message can resonate so effectively with the public and when it’s done well, it makes the news as we saw in 2019.

The beauty of Led by Donkeys was that the statements framed themselves, using screengrabs from Twitter to lend greater authenticity in the midst of all the political flip-floppery that played out.

Amnesty International crowdfunded an advertising campaign to challenge the then Justice Secretary Michael Gove’s proposals to scrap the Human Rights Act, raising near on £30,000 to take out a string of adverts in The Times in the run up to the Queens Speech.

The double-page spread featured the name of the 1,000 supporters on Crowdfunder in a powerful message in one of Britain’s biggest newspapers.

Outdoor advertising: I am an Immigrant

The I am an Immigrant campaign successfully raised £54,101 ($92,320) for a series of posters to celebrate the contribution of migrants to British life across our major tube and rail networks in the run up to the General Election in 2015.

It was a celebration of the contribution that immigrants make to UK society and was a response to the increased anti-immigration rhetoric that is increasingly prevalent in British politics.

The posters were displayed at 400 tube stations in London and at 550 national rail stations across the country. A further 26 billboards sites were used up and down the UK. their website also allowed other immigrants the opportunity to create their own digital poster, telling their story.

Almost £70,000 ($119,450) was raised by well over 3,000 people two years ago at the start of the Brexit negotiations to send an open letter to the then Prime Minister Theresa May from roadsides across the UK and is hitherto the biggest to date, reaching 10 million people on the streets of Great Britain with their message.

Campaigning organisation Dignity in Dying also turned to crowdfunding ahead of the parliamentary vote on the Assisted Dying Bill back in 2015 which – in their view – could have given dying people choice and control over their death.

The divisive issue had not been voted on by MPs for 20 years so it provided a once-in-a-generation opportunity to show their elected representatives that the overwhelming majority – 82% at the time – want law change on assisted dying.

Actor and patron Sir Patrick Stewart spearheaded the Crowdfunder to create a high-impact advertising campaign and they received unprecedented support, raising almost £32,000 for a string of hard-hitting messages in key strategic locations.

Sir Patrick Stewart spearheaded a Crowdfunder to raise almost £32,000 ($54,606) for a string of highly visible messages about assisted dying

Size isn’t everything. Three years ago the supporters of a fourth tier soccer club in the West of England created a small crowdfunding campaign to raise £1,000 ($1,706) to boost their struggling hometown football club.

Within 48 hours the unfashionable club was picked up by the national media and talked about on US television at half-time during the Super Bowl. It was also written about in China at a time when it barely raised an eyebrow in its local community. It works and it can be very effective for brand building on any scale.

It’s not just billboards. When it comes to biting political statements it’s hard to look past the hugely controversial Trump Baby ahead of the American President’s divisive visit to the UK last summer. It was something that had never seen before and it touched a nerve in the Whitehouse, further proof that when a great idea is backed to the hilt it can go global and even reach the smartphones of our world leaders.

Splashed on the front page of every major newspaper across the globe, it quickly raised the near £35,000 ($119,450) the idea needed to come to life and fly above the UK Parliament in London.

It took social media by storm for days and underlined the growing reputation of crowdfunding as a very modern marketing tool. When your supporters are invested both financially and emotionally they will work together to ensure that message is heard, and heard loudly.

Crowdfunder can propel people into the heart of political discourse. It works of course for both sides of the coin as the subsequent campaign to fly a giant balloon of London mayor Sadiq Kahn showed, raising almost double the money to come to life as a counter-protest above the capital.

Hot air, maybe, depending on where you sit in the debate but when it comes to empowering people to stand up for what they believe, crowdfunding continues to provide a robust way to gather support and validate great ideas.

It’s not about sides. It’s about giving people a platform.

The world’s political and social climate is ready for bottom-up innovation and creativity when it comes to protest and Crowdfund Canada could yet prove to be one of the key battlegrounds in this era of extraordinary politics.

Keep your eyes peeled the next time you’re walking down the street to really see the influence of crowdfunding in the big debate.

Ready to raise funds for your idea?

Our crowd has raised over $130 million for bright ideas and good causes.